Originally from Kabul, Afghanistan, Humayun’s family moved to Washington, D.C., following the Soviet invasion of Afghanistan in 1980.  Humayun grew up in a culturally oriented family in an atmosphere rich in traditional music and literature.  He began studying Indian classical music from Shubha Sankaran in 1990, and continued study with her until 1992.  Humayun Khan then travelled to Calcutta, India, and began formal training in classical vocal music under Ustad Vilayat Khan, generally considered the most influential sitarist of his generation; Vilayat Khan is credited with the introduction into instrumental music of the gayaki (vocal) style, which brought to the sitar the subtleties and expressiveness of the classical vocal tradition, of which the Ustad also has an extensive practical and theoretical knowledge.  In 1995 Humayun began receiving additional guidance from the senior Pakistani artist, Ustad Fateh Ali Khan.  He has developed a performance style which ranges from purely classical khayal renditions to a classically oriented presentation of the poetry of the great Persian masters, Maulana Jalaluddin Rumi and Hafiz.

Humayun Khan is known for his brilliant performances as a vocalist and harmonium player. He has spent the past ten years mastering his unique style of blending Persian Poetry with Indian classical Ragas.  His talents are also heard on the soundtracks of the films “The Kama Sutra” and “The Journey”.  He also sang for the award-winning BBC radio feature, Monsoon.  Humayun Khan has been performing live since 1993 with a debut at the Library of Congress in the Neptune Series.  Since that time he has performed internationally and has graced the stages of the Asilah International Festival in Morocco, The Kennedy Center, The National Cathedral, and many other concerts.  He has shared the stage with some of the greatest legends of Indian Classical music such as Vilayat Khan, Fateh Ali Khan, & tabla wizard Zakir Hussain.  In addition to performances of traditional music, Humayun Khan regularly collaborates with some of the most well known artists in the world music scene; Grammy winning Harmonica great Howard Levy, Guitarist/Producer Shahin Shahida, Guitar Virtuoso Lawson Rollins, Grammy winning drummer Horacio “El Negro” Hernandez, and Oud master Haj Youness.  Humayun Khan is also known for his expertise and deep knowledge of raga and as a teacher he has held master classes at several well known universities.  His seminar “The Music of Rumi” is popular all over the world.

Humayun Khan will be working closely as a cultural ambassador with talented artists from various traditions across the globe, to unite in the name of music.  Performing with traditional Afghan & Indian instruments & styles, Humayun is joined by jazz & world musicians whose improvisational skills cross between worlds of eastern & western traditions. 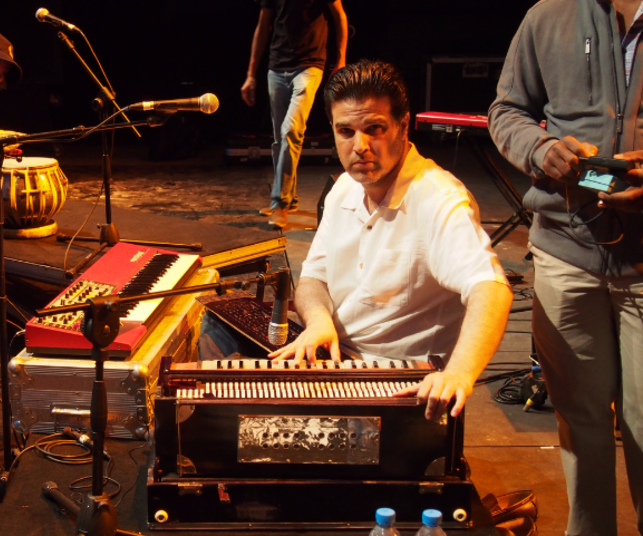 Uniting the world through